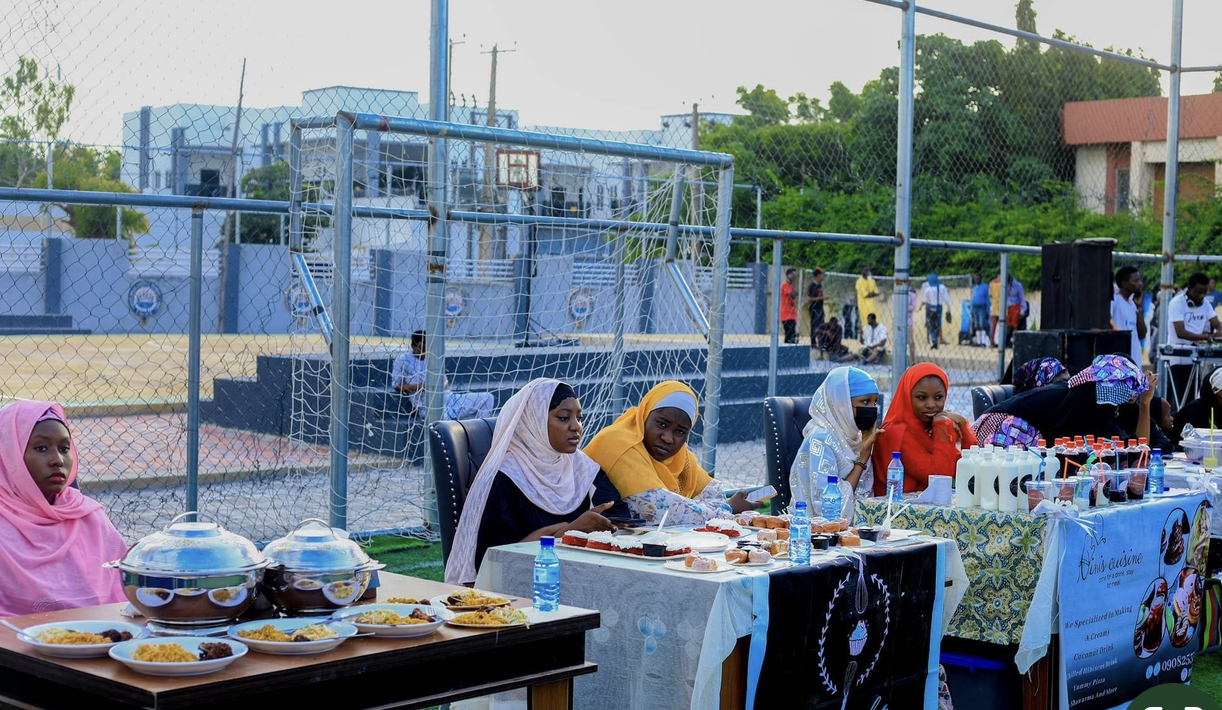 In continuation of the five-day Students’ Week Program launched on Monday, Maryam Abacha American University of Nigeria, has presented yet another marvelous show named Cooking Feast during which students displayed their various cooking talents in the presence of students and management staff of the University.

The event which was aimed at improving the students’ cooking skills was held on Tuesday 6th September, 2022 at the university’s Sports Complex.

During the feast, nine competing groups from the four existing schools of the university were lined up in an exciting culinary, where each group used its fantasy to prepare a spectacular recipe in order to win the cooking competition.

In the middle of the event, a committee of juries were conducted round the competitors’ table to test the dishes while at the same time, assigning marks for each food tested. The juries included the President of MAAUN, Prof. (Dr.) Mohammad Israr, the Vice President Administration, Dr. Habib Awais Abubakar, Director Academic Planning and Quality Assurance, Dr. Nura A. Yaro, among others.

Similarly, another show tagged Old School was presented in memory of our forefathers, while entertaining the teeming audience with their amusing performances.