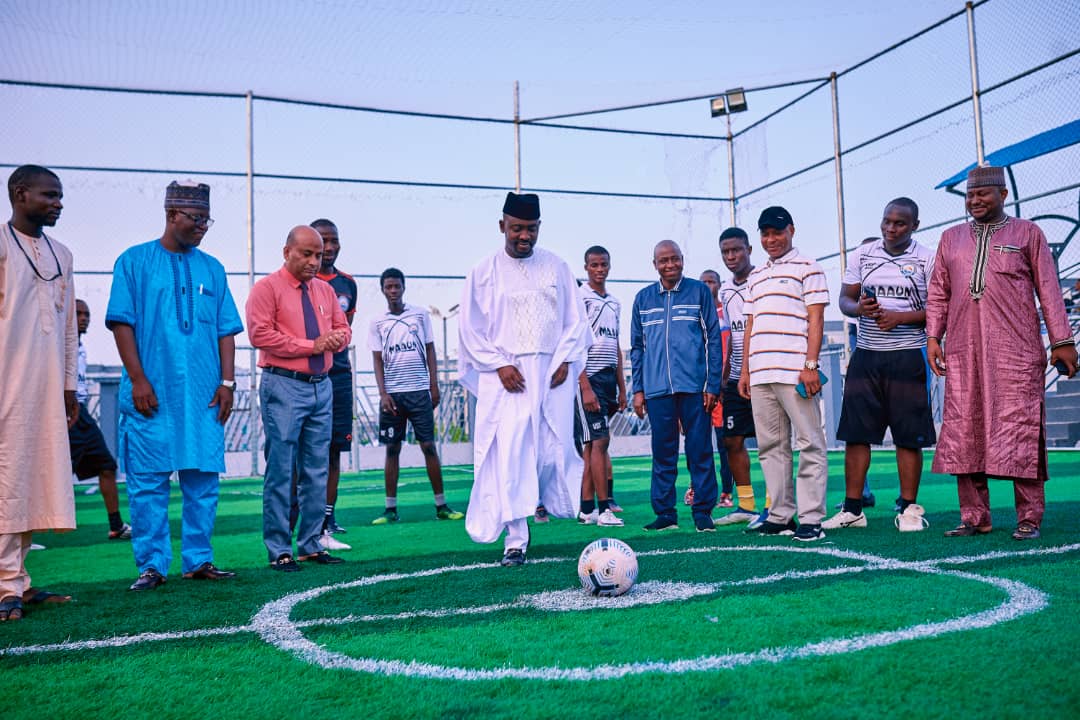 The final football match which was part of the activities lined up in the week-long students week program, was played at the Ibrahim Usman Yakasai Sports Complex on Saturday evening, 10th September, 2022 where Management staff of the university were in attendance.

The match initially ended in a draw (7-7) but penalty kicks were offered to the two teams in order to get a winner.

After the match, the Founder and chairman Governing council of MAAUN conglomerate, Prof. Adamu Abubakar Gwarzo donated N1 million to SMS students who came first while the students of Computing team that came second went home with N500,000.

General award for participation in the cooking feast was also given to all the nine female students that participated in the feast.

Also in Cultural dance, the Fulani cultural troupe won the first position while Yoruba and Shuwa Arab cultural groups emerged second and third in the competition.

In his closing remarks at the occasion, the President, Prof. (Dr.) Mohammad Israr thanked the students for their active participation in the week-long program.

He gave the assurance that the university would continue to sustain the program so as to give the students the opportunity to partake in the extra curricular activities for their physical and mental development.